This happens because the pistons move in and out unevenly relative to each other engaging the rotor with out equal pressure. One the back of this I bought some trails mt7 front, mt8 rear but not ridden them in anger. If I go to high elevation from 6000' to 10 000'+ , I loose all power. Unlike other brakes, I don't have to constantly worry about Maguras. Unfortunately I stripped it, and company replaced, no questions asked Recommendation: Definitely. For starters if you are striping the bleed screw you are idot. 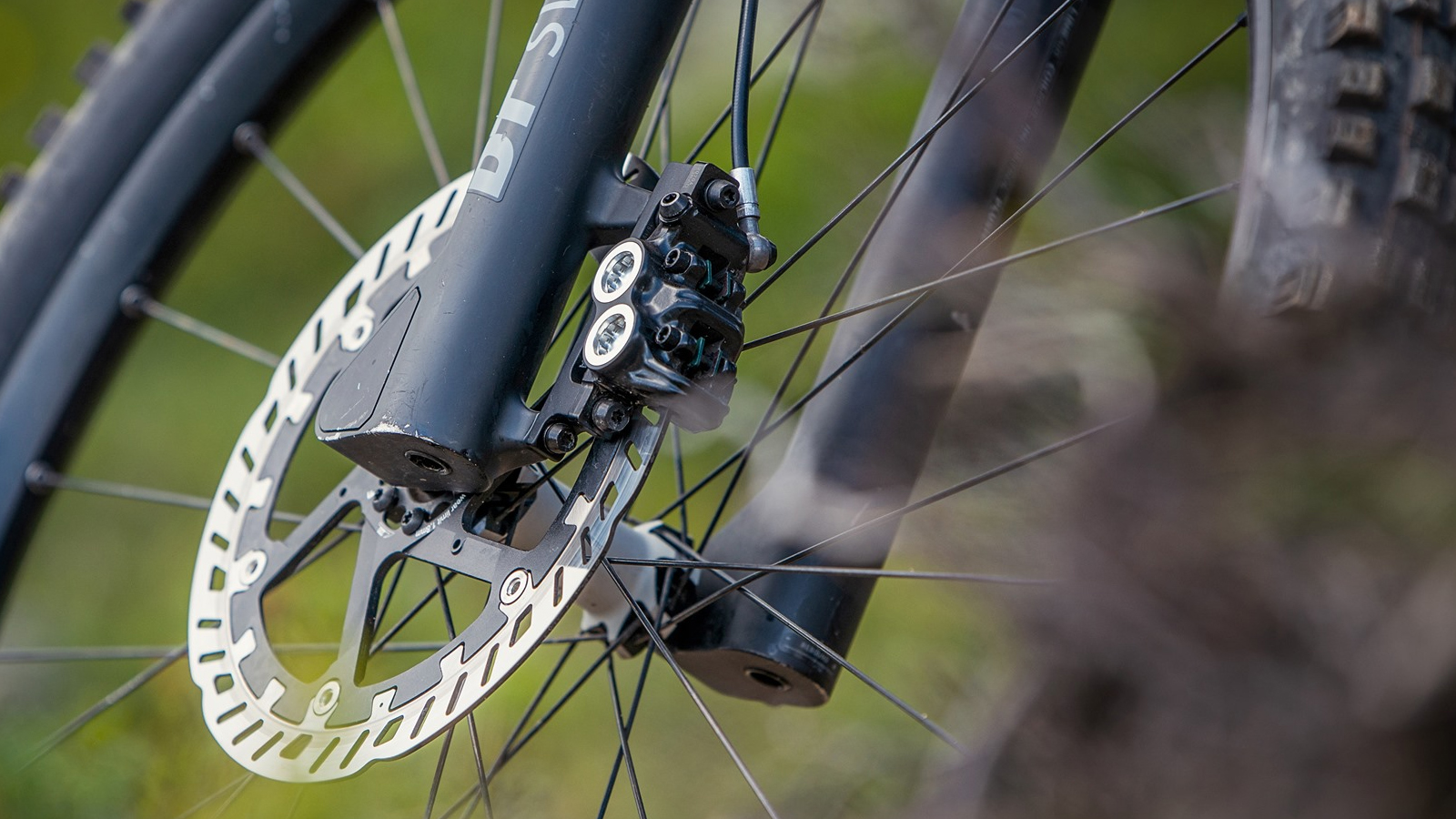 In two years I never had to bleed. The thing that stood out to me, however, was the consistency in the feel, firmness of the engagement, and noticeable quality of the system overall. Realy plastic has no place on hi performance hydraulic disk brakes. It has a good hook on the end, which feels positive and firm under pressure. Nobody in the bike park used these brakes. In any situation where traction was compromised, they were a delightful improvement. The Maguras for me are fit and forget. With some experimenting I found the Bruni lever to be a great choice, it's lightweight and has a reasonable hook on the end for single-finger braking. I have four sets of Magura brakes in our garage, and they are my favorite lever shape of all the major and minor players. Swapping levers is a simple process. They were way, and I mean wayyyy, weaker in comparison to set of proper V-brakes. They are one of the best options for a high-end brake system on the market and a stark contrast to their predecessors. Which makes everyone happier right? So, I omitted the caliper entirely and just bleed at the lever. Bleeding Maguras is a total pain and if not careful you can ruin the bleed port at the lever with the soft carbon body material. 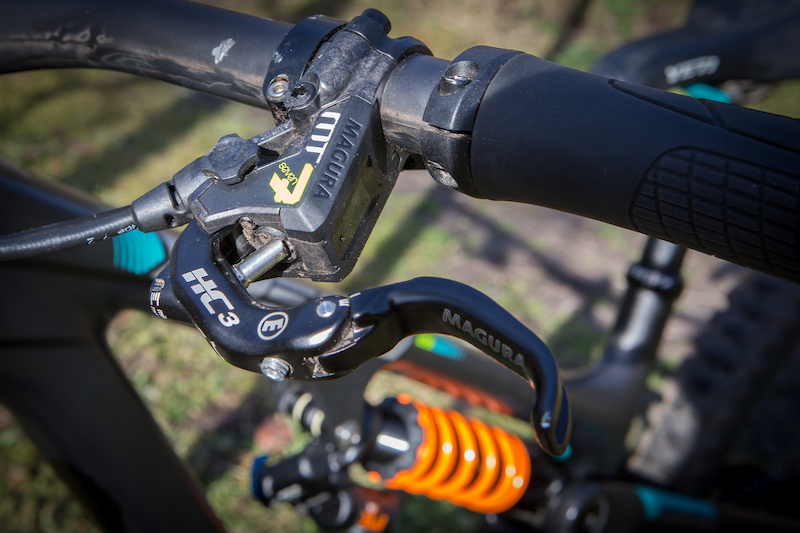 I have small to medium sized hands and I have them set up so outer edge of the brake clamp is 155mm from the end of the bar. Our test set paired the brakes to a 203mm disc on the front and a 180mm on the rear, during fitting I did have to take a file to the post mount as it sat super close to the disc paired with Rockshox Lyrik fork, so I gave it a little more room. I can get them to feel good after multiple bleed attempts, but that lasts only a few rides. Also the shimano m8000 are having master cylinder issues. The lever feel is a tad spongy at the beginning, a feeling only heightened by the flex in the lever body and blade once you reach the bite point. The pistons are magnetic, eliminating extra hardware for the brake pads, and the pads slide right into the caliper and stick to the pistons. On my first ride I had the left lever coming in during the descent. 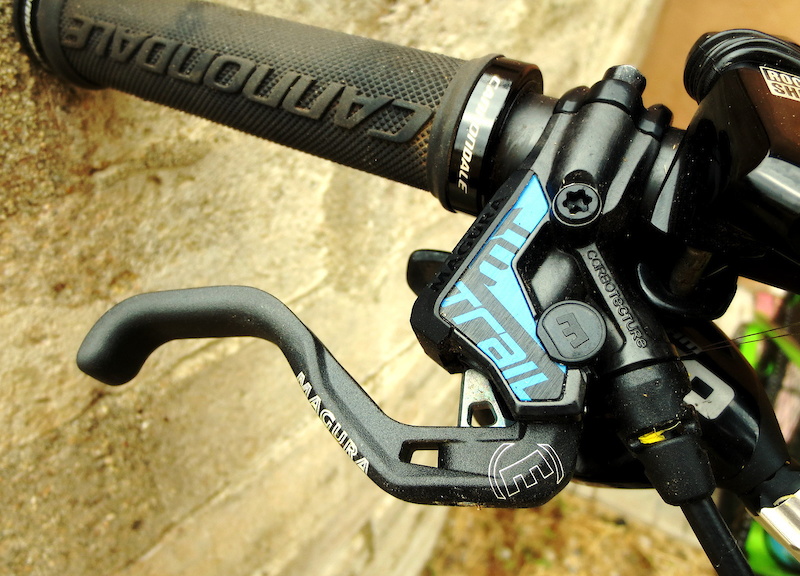 The bleed port on the lever is rated at. I did experience this with one of my Saint sets, it would work great for a while then get intermittently spongy no matter how much you bled it. I guess that's the challenge when you have so many big players. My options for parts were ordering on ebay. But I've kept them on because they are so powerful and solid none of the migrating bite point of the Saints, and definitely more powerful although maybe overkill? Bleeding with mineral oil feels a bit more involved for me, so be careful. 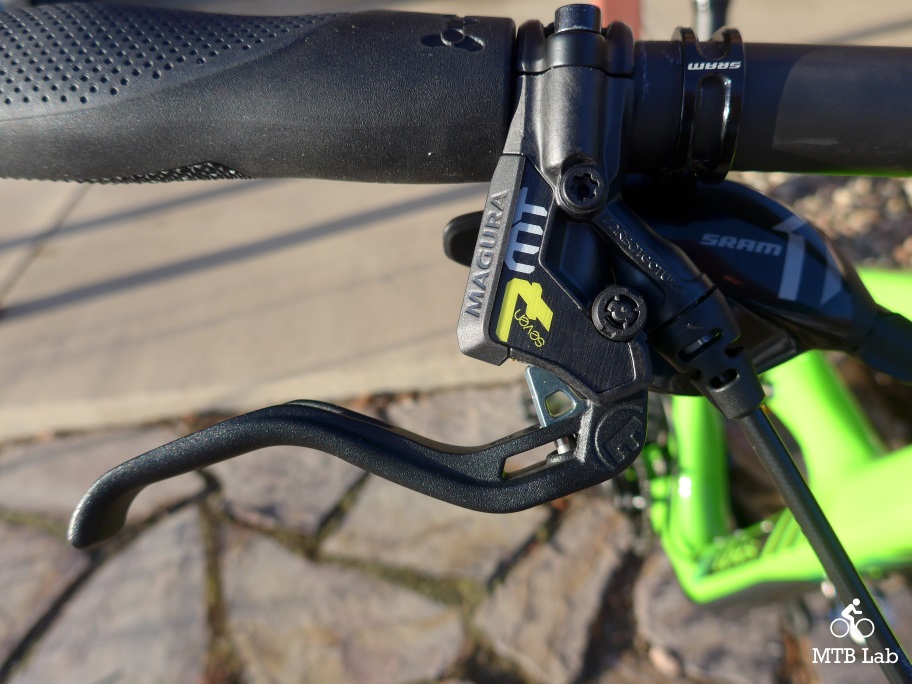 Either extremely good or extremely bad. But now I have them dialed in and they are perfect. Sorry but I believe they do much better reviews by with the group tests and charts so you easily can compare the different brands and models performance. There is just something about the lever feel that is not as satisfying as Saints. Best bit is from Germany I can buy the pair for £120! I think they still hold their own against most 2-piston brakes now.

That is super noticeable on trail. The Magura profile offers one-finger braking, with slightly more room on the flats, so braking action feels just right from more than one position on the grips. Also the fact that it bent instead of breaking off from the lever body is a big plus in my eyes. As far as bleeding goes, Magura uses their own mineral oil. Four small pads move smoothly and offer better heat dissipation and rotor contact. I am now trying the Swissstop metalic pads for the winter riding season and these definitely last a bit longer.